Space-driven innovation for safer roads at ITS 2018

The European GNSS Agency (GSA) is joining with other stakeholders to present the eCall emergency response system and other innovations that leverage space technology to make Europe’s roads smarter, greener and safer, at the ITS World Congress 2018, in the Bella Centre in Copenhagen on 18 September.

Volvo is the first carmaker to announce that it 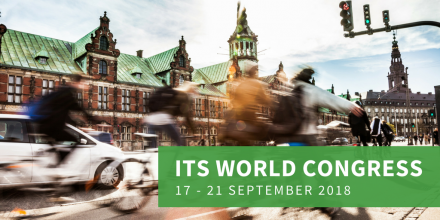 is equipping its vehicles with the eCall emergency response system, which takes advantage of the precise positioning offered by the European space programmes Galileo and EGNOS to quickly alert emergency services in the event of a road accident, and automatically dial the European emergency number 112.

The eCall device in the Volvo vehicles, which uses the same location source as the in-vehicle navigation system, is manufactured by ACTIA Nordic in Sweden, is supported by the WirelessCar platform, and has been successfully tested by the NavCert eCall laboratory in Germany.

These stakeholders will join with the GSA in presenting the system at the ‘Space-driven innovation for smarter, greener and safer roads’ session at the ITS World Congress, in the Bella Centre’s Commercial Theatre at 17:00 on Tuesday, Sept 18.

A keynote address from Volvo and a panel discussion involving all the stakeholders will be followed by the unveiling of the Volvo S60, a demonstration of the car’s eCall system and an announcement for the press. This is a not-to-be-missed event for anybody interested in state-of-the-art automotive safety!

The readiness of automotive suppliers and technical services to equip vehicles with the new system was partially due to actions taken by the GSA and the European Commission’s Joint Research Centre, who launched a testing campaign and produced a joint report containing a set of guidelines to facilitate the implementation of eCall testing in compliance with the EU Regulation.