The Galileo system is comprised of numerous components, including the satellites in space, a ground segment across several locations and end users.

The Galileo space segment is defined as a 24/3/1 Walker constellation: 24 nominal Medium Earth Orbit (MEO) satellites are arranged in 3 orbital planes, with their ascending nodes uniformly distributed at intervals of 120 degrees, inclined at 56 degrees with respect to the Equator. The constellation may be complemented by Galileo auxiliary satellites, which occupy orbital slots that are not part of the baseline constellation and are not defined a priori. For more details about constellation information, please visit the Orbital and Technical Parameters section.

The GMS and GCS interface the satellites with a worldwide network of ground stations implementing monitoring and control functions: 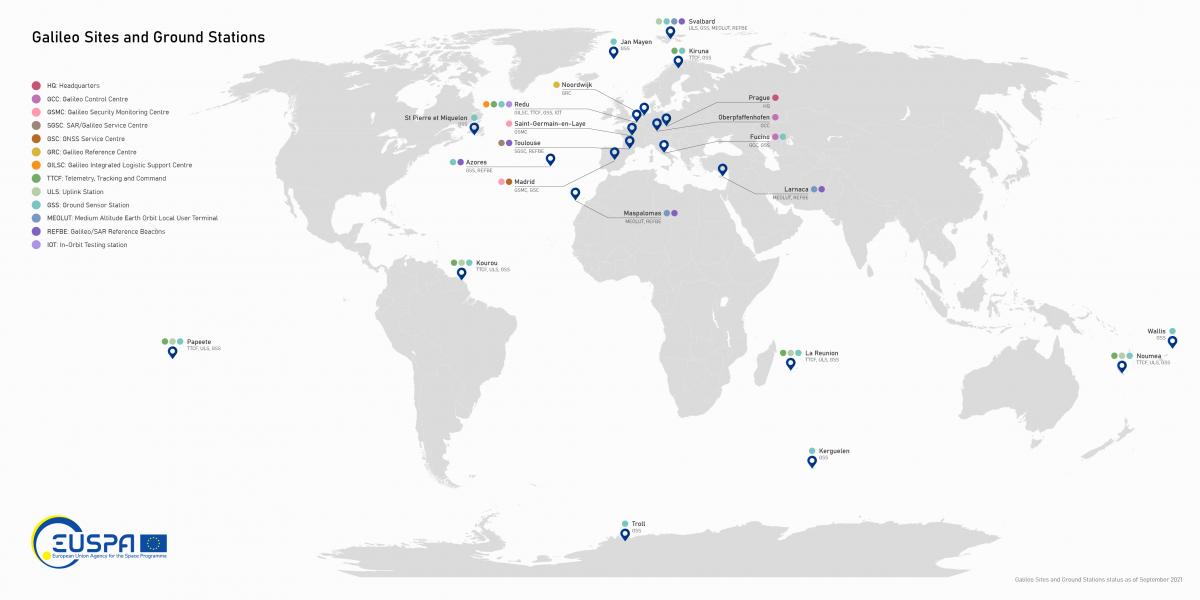 Map of the Galileo Sites and Ground Stations

The Galileo core infrastructure is complemented by services facilities which support the provision of the Galileo services:

The Galileo user segment is composed by all the compatible receivers and devices which collect the Galileo SIS and compute their location. There are different users´ communities depending on the application and covering a wide range, from transport to timing applications.