The European GNSS Service Centre (GSC) is set to be an integral part of the European GNSS infrastructure and provides the single interface between the Galileo system and the users of the Galileo Open Service (OS), the High Accuracy Service (HAS) and the Commercial Authentication Service (CAS). The GSC is conceived as a centre of expertise, knowledge sharing, custom performance assessment, information dissemination and support to the provision of value-added services enabled by the Galileo OS, HAS and CAS core services.

The European Union Agency for the Space Programme is responsible for the GSC and is supported by Spain, which provides the Galileo Programme the necessary hosting GSC infrastructure and facilities.

The GSC is located in a fully secured environment in Madrid, Spain, within the National Institute

of Aerospace Technologies (INTA) facilities at Torrejón de Ardoz, overseen by the Spanish Ministry of Defence. The agreement for the location of the Centre in Spain was signed in May 2011 by the European Commission (EC) and the Government of Spain, and it was published in the Official Journal of the European Union (in February 2012). 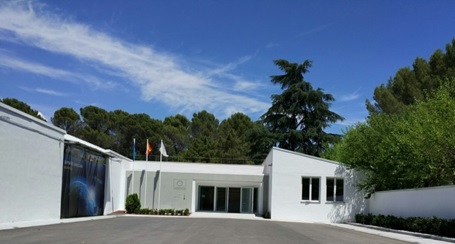