Four Galileo satellites are to be launched on an Ariane 5 launcher from the Guyana Space Centre in Kourou, French Guyana at 18:36 UTC (19:36 CET) on December 12.

For the first time, the European GNSS Agency (GSA) will be responsible for the Launch and Early Orbit Phase (LEOP) of this mission (L9), overseeing Spaceopal GmbH in their new role as Galileo Service Operator. 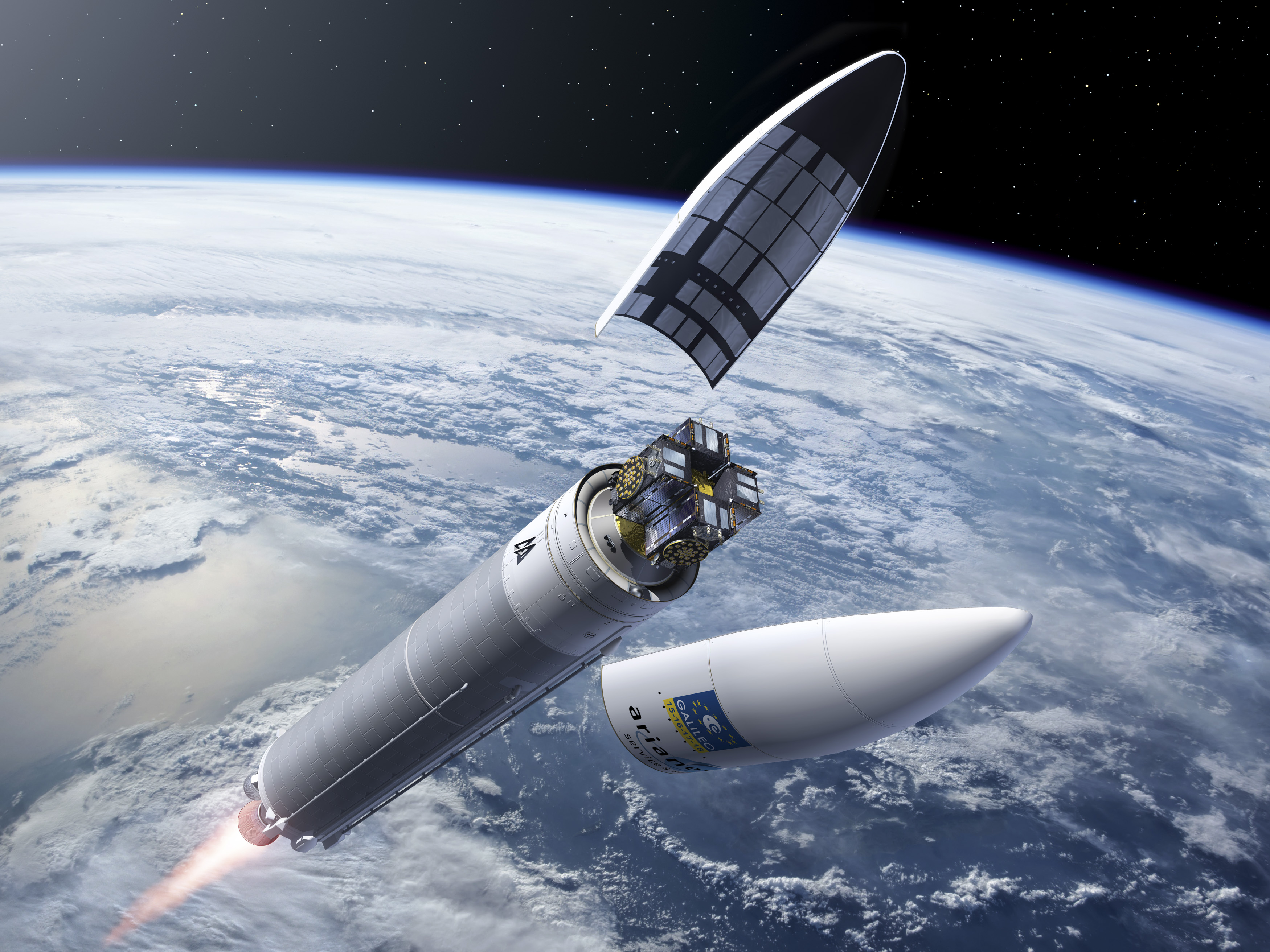 launches the spacecraft, puts it into the correct orbit, and gradually switches on and tests the first satellite elements. For a quadruple Ariane 5 launch such as Galileo Launch 9, this phase will take about 14 days, beginning a few hours before the launch and ending when the satellites are in a safe and pre-defined configuration for the execution of final drift orbit manoeuvres.

The December 12 Galileo launch will be the second launch performed by an Ariane 5 and will bring the Galileo constellation to a total of 22 satellites launched so far: 4 in-orbit validation (IOV) satellites and 18 full operational capability (FOC) satellites. The LEOP falls within the remit of the GSA, following the handover to the Agency of responsibility for Galileo operations and service provision on July 1, 2017.

from the GSA, the mission director, and other experts from Spaceopal (a joint venture between DLR GfR mbH and Italy’s Telespazio S.p.A), and the operations director and specialists of the French Space Agency (CNES), supported by the Project Support Team. This team brings a wealth of experience in areas such as mission control, on board systems, flight dynamics, telecommunications and security. The LEOP team will operate according to pre-defined procedures and mission rules and follow the escalation criteria defined in the Galileo Chain of Command.

GSA Executive Director Carlo des Dorides said that in working with Spaceopal on the Galileo L9 mission, the GSA is helping to ensure that Galileo’s signal in space is translated into tangible services for users. “This launch will be an impressive accomplishment for the team, but Galileo is about more than manufacturing and launching satellites. The ultimate aim is to ensure that European citizens benefit from the services made possible by satellite technology,” he said.

The LEOP operations are being conducted from a dedicated control room in the CNES Centre Spatial de Toulouse. An S-band link with the Galileo satellites is maintained by a network of TT&C stations distributed around the world. From this centre, the team will oversee all of the main LEOP stages.

Soon after the satellite separates from the launcher, an initialisation sequence is automatically triggered by the On-Board Data Handling software to bring the satellite to a stable ‘breathing point’. This is the point at which the satellite’s attitude is stable and pointing towards the sun, and solar arrays are deployed to provide full power. At this point the satellite is thermally stable, ensuring adequate temperature ranges for all units, and has a stable link to the ground.

The LEOP phase ends with the Command and Control Handover (C&C HO) of all 4 satellites from the LEOP Control Centre in Toulouse to the Galileo Control Centre (GCC-D) in Oberpfaffenhofen in Germany. The C&C HO follows a pre-defined and validated procedure with parallel operations from both centres and takes place while the satellite is in drift orbit in a selected pass, ensuring that both control centres will have adequate duration, visibility and access to the satellite to complete the hand-over. The hand-over takes place once the positioning manoeuvres have been completed and the final orbit has been determined, which will require approximately 2 measurement orbits after the last fine positioning manoeuvre.

The GSA awarded the Galileo Service Operator (GSOp) contract, with a value of up to EUR 1.5 billion, to Spaceopal at a special event in Brussels in December 2016, following a complex tendering process that started in January 2015.

The contract awarded to Spaceopal includes: