The European GNSS Agency (GSA) hosted Cospas-Sarsat participants at its Prague headquarters on 5-11 June 2018, at a meeting to address matters related to the evolution of the Medium-Altitude Earth Orbit Search and Rescue (MEOSAR) system.

At the meeting, the Cospas-Sarsat participants focused 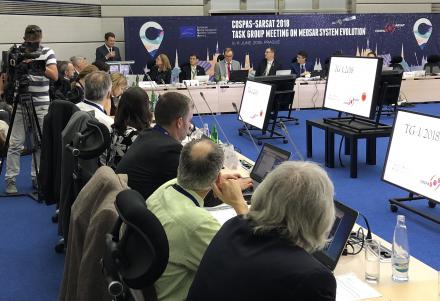 on developing the final operational and technical steps required for the declaration of MEOSAR Initial Operational Capability (IOC), planned for 2019. By holding this meeting at the GSA headquarters in Prague, the European Commission underlined the key contribution of the SAR/Galileo service to the MEOSAR system, paving the way towards its full operational capability.

The Galileo SAR service is a fundamental European contribution to the Cospas-Sarsat International Programme, thanks to the SAR/Galileo repeaters and ground segment equipment that relay Cospas-Sarsat distress alerts to national authorities through the Cospas-Sarsat ground network.

“Galileo SAR is one of five Galileo services and is among the three initial services that were declared by the Commission in December 2016. Galileo will be the first full constellation with SAR capability,” GSA Executive Director Carlo des Dorides said at the meeting.

“The GSA is actively supporting beacon manufacturers in implementing Galileo differentiators into their new products and is proud to have Galileo-enabled beacons in the market as a result of our collaboration with leading EU manufacturers,” des Dorides said, adding that the GSA is also leveraging EU GNSS R&D programmes to contribute to Cospas-Sarsat priorities.

The Cospas-Sarsat system detects and locates emergency beacons activated by aircraft, ships and people engaged in recreational activities in remote areas, and then sends these distress alerts to search-and-rescue authorities. The system utilises a network of satellites that provides coverage anywhere on Earth. Distress alerts are detected, located and forwarded to over 200 countries and territories at no cost to beacon owners or the receiving government agencies.

Between September 1982 and December 2016, the Cospas-Sarsat system provided assistance in rescuing at least 43,807 people in 12,664 SAR events. On average, six lives are saved every day with the assistance of Cospas-Sarsat. 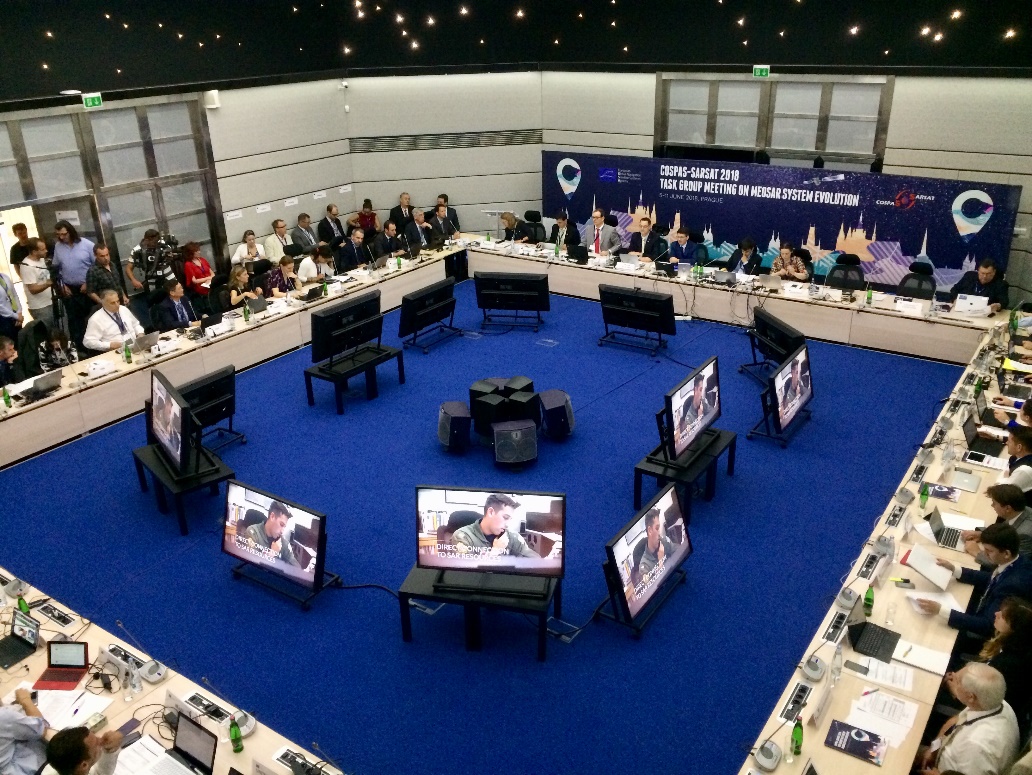 Cospas-Sarsat delegates met at the GSA’s Prague headquarters from 5-11 June 2018, to discuss the evolution of the Medium-Altitude Earth Orbit Search and Rescue (MEOSAR) system

And this: MEOSAR Intro

In 2004, Cospas-Sarsat initiated the development of the Medium-altitude Earth Orbiting Satellite System for Search and Rescue (MEOSAR system), with SAR repeaters placed on the GNSS satellites of Europe, Russia and the USA. Early operational capability data from the MEOSAR system has been available since December 2016. MEOSAR will initially complement the existing low-altitude LEOSAR and geostationary GEOSAR systems. The MEOSAR system will eventually replace LEOSAR to become the primary Cospas-Sarsat system.