GPS and Galileo working together will make the world more precise

The four-day conference is the premier international event for the space sector, and annually attracts thousands of participants, hundreds of exhibits and big-name speakers.

“Our three operational programmes, Galileo, EGNOS and Copernicus are on track and on budget,” reported Husak. “Over the past three years, with Copernicus, the EU has become one of the biggest data providers in the world. The quality of Copernicus Sentinels data and products are setting a global standard in Earth observation. Our services are offering the most accurate climate and environmental data 24/7.”

He also noted that a little over one year after the declaration of “initial services,” Galileo, the European satellite navigation infrastructure, is experiencing significant market adoption.

“We estimate that some 75 million Galileo-enabled smartphones have been sold globally,” said Husak. “The benefits of Galileo will only increase as we are moving toward completion of the constellation and full operational capabilities.”

Galileo currently consists of 22 spacecraft with four more satellites launching this year. Major manufacturers, such as Apple, Google, Samsung and Sony now offer Galileo-enabled products. And due to the combined signals between the United States’ Global Positioning System (GPS) and Galileo, global users will enjoy much better geo-positioning. 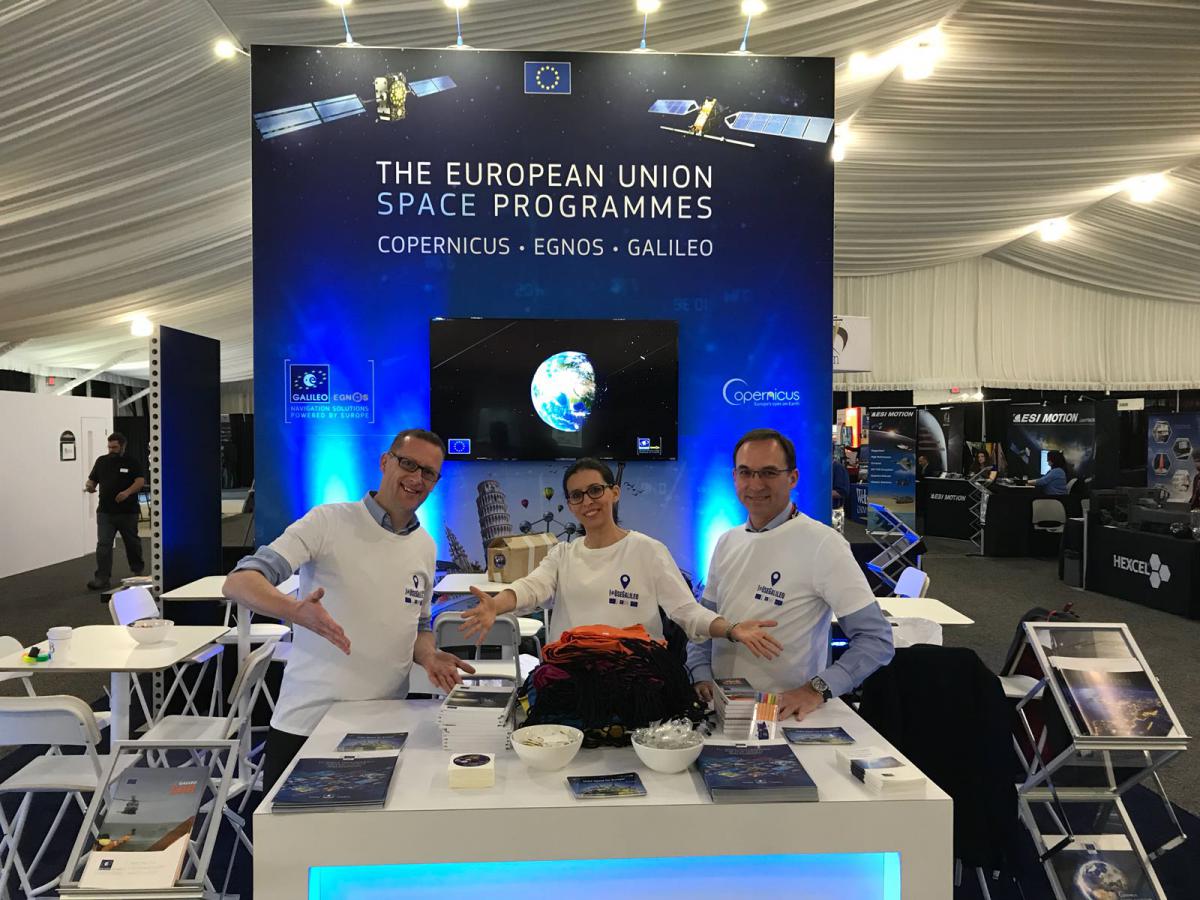 “Thanks to the GPS and Galileo working together, the world can expect more precise navigation,” explained Husak. “The use of data provided by these two systems will deliver improved emergency services, safer aviation and numerous other applications that will drive new business innovation, such as automated cars and the Internet of Things.”

Husak added that while Europe’s civilian-led satellite technology programmes were designed to achieve autonomy and depart in mission somewhat from the dual military/civil GPS programme of the United States, it doesn’t mean that the EU excludes collaboration with others – far from it.

No one is powerful enough to boldly go alone

His remarks reinforced the position set forth by EU Commissioner Elżbieta Bieńkowska in a recentcommentary piece featured in the Space Symposium issue of Space News.

“In space, no one is powerful enough to boldly go alone,” proclaimed  Bieńkowska. “Space matters in Europe and it is a top political priority. But the European Union’s efforts to achieve autonomy in space don’t mean we act in isolation. Europe wants to make itself an attractive place for public and private investors, including Americans, who want to invest in space startups and other businesses. Venture capital investment will be incentivised in Europe. As free marketers, we obviously trust that innovation and free competition will [drive] new ideas [on] how to use combined GPS and Galileo [to] drive business on both sides of the Atlantic. ”

“On space exploration and satellite navigation the European Space Agency [ESA] cooperates with NASA on the International Space Station, telescopes and robotic space missions,” she wrote. “ESA provides the service modules for the future Orion capsule and will launch the James Webb Space Telescope. And a Belgian Michael Gillon, funded by EU money, led the international team that discovered the planetary system TRAPPIST-1 in February 2018. The discovery came from cooperation between Americans and Europeans.”

No resting on laurels. Looking ahead to future EU space policies

Noting that Europe will not rest on its laurels, Husak in his Symposium address went on to underscore the three major changes occurring within the space sector that will influence the future of EU space policies.

“First, space has become truly important for our economy and society, so we will continue to put users at the centre of our space programmes,” he said. “Second, space is the enabler of security and defence, two top concerns among our citizens. Third, the role of the private sector is changing as an initiator of space projects. Public programmes need to work hand-in-hand with these new dynamics.”