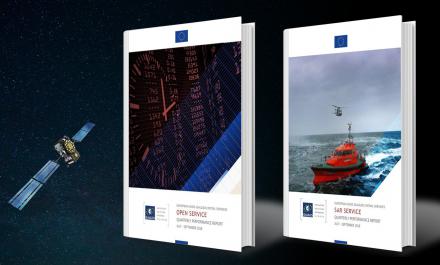 These quarterly reports provide the public with the latest information on the Galileo OS and SAR/Galileo Initial Services measured performance statistics with respect to their Minimum Performance Levels (MPLs), as declared in their respective Galileo Service Definition Documents (OS - SDD and SAR - SDD), in particular on parameters such as:

Highlights from Q3 2018 on Galileo OS and SAR Service:

Some highlights from the Q3 2018 performance reports:

For more details on Galileo performance and its Services, do not hesitate to contact the Galileo Help Desk.

Help us on shaping the future of Galileo! Just a few minutes of your time are needed to complete the Galileo User Satisfaction Survey 2018.