Galileo in the permanent CORS network in Sweden: a success story

SWEPOS is the CORS network for satellite positioning in Sweden. From the introduction of Galileo in its service in 2018, the network users have observed higher availability and better performances, especially when using a high cut off angle or in harsh environments. Connections to SWEPOS network have increased rapidly, and the number of Galileo users in the region continues to grow.

The Continuously Operating Reference Stations (CORS) network in Sweden called SWEPOS was established in the early 1990s by Lantmäteriet, The Swedish Mapping, Cadastral and Land registration authority, in cooperation with Chalmers University of Technology and Onsala Space Observatory. During the years the SWEPOS system has been continuously upgraded and developed to meet the needs of its user community, and in February 2018, Galileo was added in SWEPOS network RTK service. Currently operated by Lantmäteriet, the SWEPOS network counts with 472 stations, with interstation distances between 10 to 70 km along the country.

First tests with Galileo were performed in the spring of 2016 at the University of Stockholm. For two weeks, experimental RTK measurements were made with Galileo combined with GPS towards a single SWEPOS reference station in Stockholm. The results indicated that this combination could be positive for network RTK users in SWEPOS. The number of fixed solutions increased and the average time to fixed solution shortened. By the end of that year, some more tests were carried out at Lantmäteriet headquarter in Gävle, showing an improvement in the performance, with more fixed solutions and also a shorter convergence time. At that time only 11 Galileo satellites were available. Galileo introduction in the SWEPOS network was on its way! 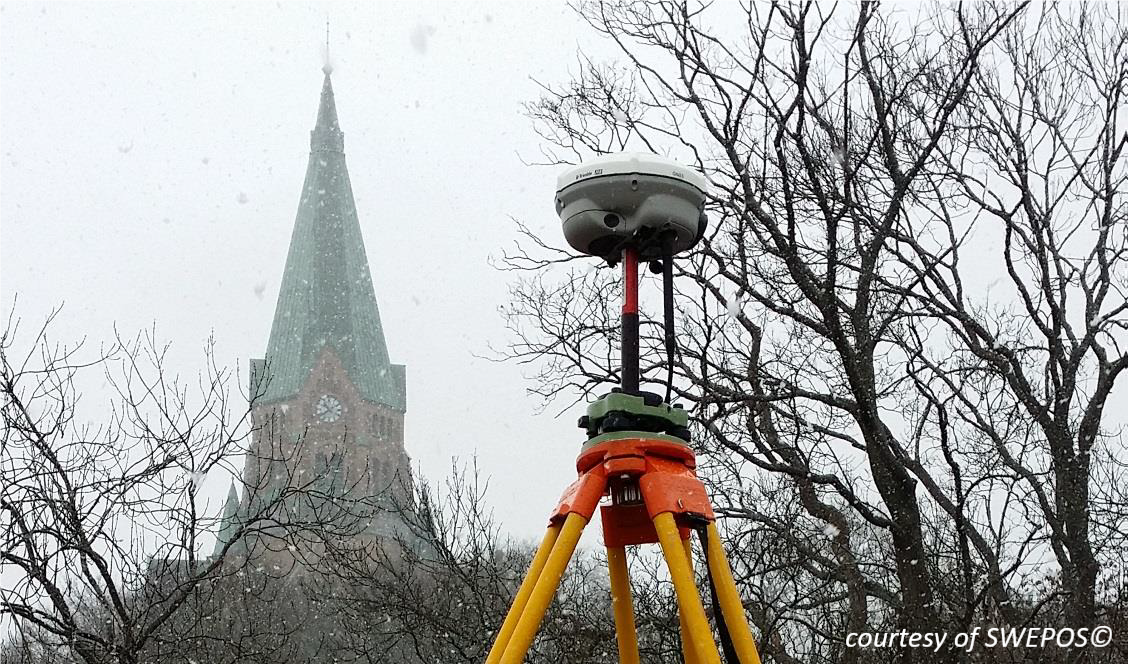 During the following years, further studies run by the University of Gävle and Lantmäteriet and focusing on Galileo contribution in more difficult environments such as urban canyons or forests, concluded that Galileo can contribute to higher availability, a higher probability of achieving fixed solutions and to minimize the time needed to achieve fixed solutions when using a high cut off angle or in harsh environments. Most recent studies have indicated that a lower position uncertainty is also achieved when adding Galileo to the solution. 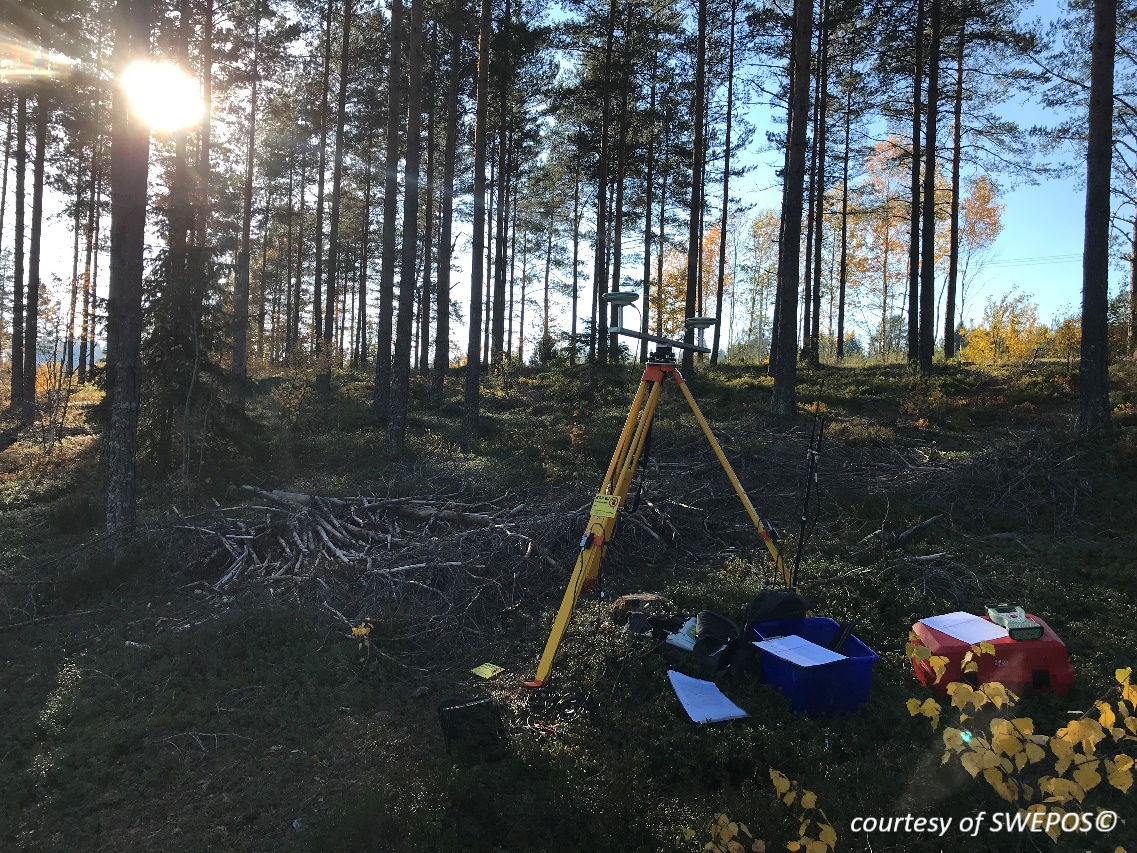 Forest outside of Gävle 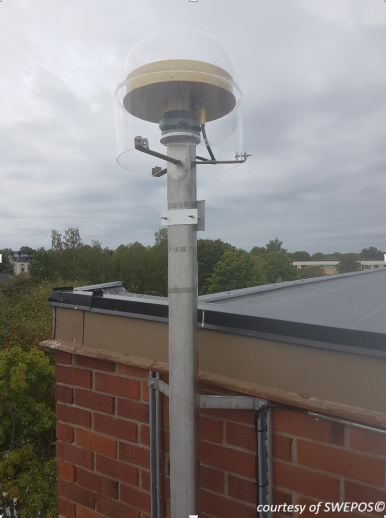 As Lantmäteriet team explains, the use of Galileo corrections has spread out rapidly. The connection to the network has increased around 40% from 2018, thanks to both the upgrading of user equipment and to a better awareness of the improved performance by using a multi-constellation scenario. Users of SWEPOS network RTK have also reported increased availability when Galileo satellites contribute to their measurements.

As Peter Wiklund, section head of SWEPOS, describes their experience in the use of Galileo and the RTK network for the ongoing review of the national boundary between Sweden and Norway, “Since the existing five-meter-wide cutting along the boundary line partly has dense and high growth vegetation , the work with the new clearing along the boundary line needs the support of properly staked out wooden poles. With the contribution of Galileo satellites, it has been possible to place these wooden poles in denser vegetation than expected, thanks to the availability improvement when introducing these satellites in the positioning.” 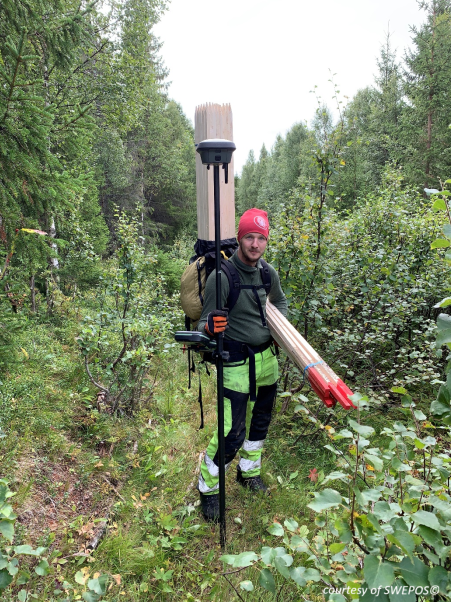 Lantmäteriet experience about the benefits of introducing Galileo in SWEPOS Swedish CORS network is as a good indicator of how GNSS users can take advantage of using Europe’s Global Navigation Satellite System. To know more about Galileo, its services and differentiators, users are encouraged to register at the European GNSS Service Centre (GSC) or to contact the GSC Helpdesk at: www.gsc-europa.eu/helpdesk.

We would like to thank SWEPOS team from Lantmäteriet for their availability and collaboration in preparing this story.