Galileo High Accuracy Service gets one step closer to the launch of initial services. 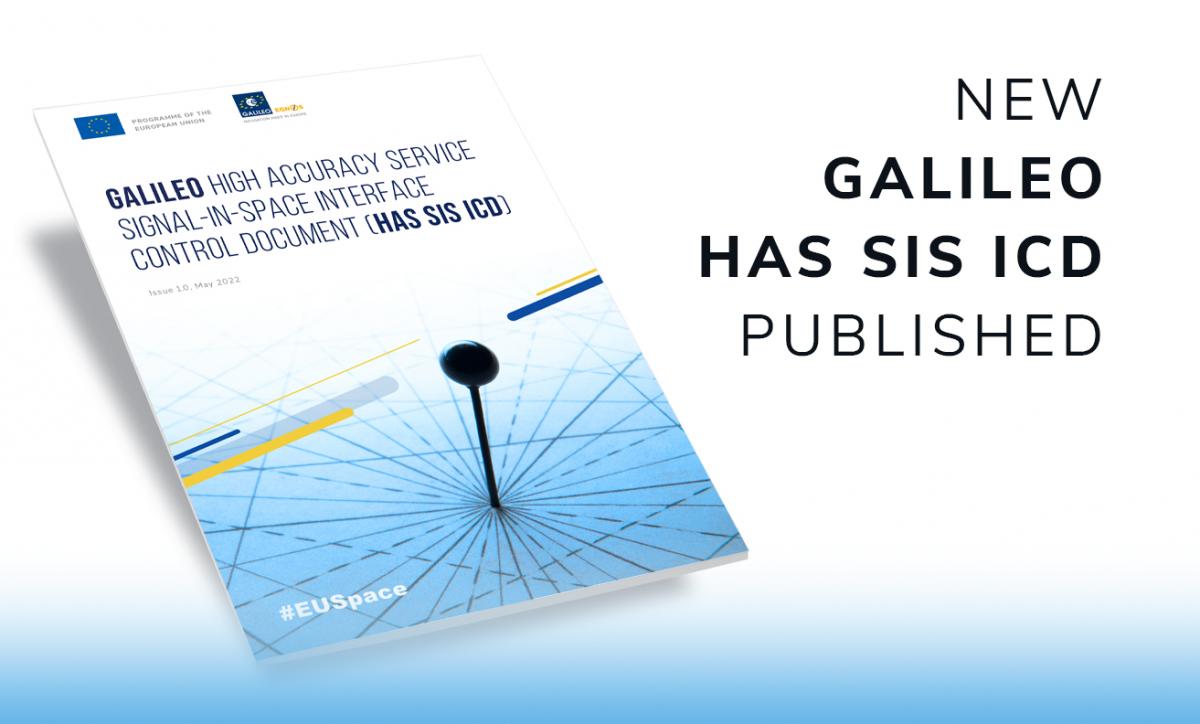 Galileo, Europe’s Global Navigation Satellite System (GNSS), is now one step closer to declaring the start of initial services for its High Accuracy Service (HAS). The news follows the publication by the EU Agency for the Space Programme (EUSPA), together with the European Commission and the European Space Agency, of the first Galileo HAS Signal in Space (SiS) Interface Control Document (link).

By providing free-of-charge, high accuracy Precise Point Positioning (PPP) corrections through both the Galileo signal (E6-B) and via the internet, the HAS will offer users improved positioning performance with an accuracy of less than two decimetres.

“Galileo will be the first GNSS constellation capable of providing a high accuracy service directly through the Signal in Space,” explains EUSPA Guerric Pont, Galileo Services, Programme Manager. “This is unique in that, typically, high accuracy services are based on accurate satellite and atmospheric data provided from a third party, but not directly from the GNSS”.

According to Pont, high accuracy services are experiencing a massive boost in interest, thanks in large part to new capabilities of GNSS receivers and the rapid emergence of new applications that require accurate location data. “Currently, high accuracy is primarily used in such professional applications as surveying, precision agriculture and civil engineering, amongst others,” he says. “However, new and emerging applications, including autonomous driving, unmanned vehicles, robotics and a range of location-based services will all welcome high accuracy.”

Pont also notes that, when used in synergy with Copernicus, the Galileo HAS will open up new market possibilities and help design new services.

The accumulation of an ongoing process

In 2021, EUSPA, in coordination with the European Commission and the European Space Agency (ESA), published an Information Note on the Galileo HAS. The note provided an overview of the service’s main characteristics, along with information on such key features as service levels, targeted performance and markets and a roadmap for implementation.

This was followed by a call for Expression of Interest for High Accuracy Service Testing, which invited external stakeholders to participate in a testing campaign of the Galileo HAS Signal in Space broadcasting. The goal of the campaign was to collect relevant feedback, not only on the HAS SiS Interface Control Document structure and implementation at the receiver level, but also on service-related aspects and specifications.

“The Galileo programme has been performing a long set of HAS testing activities since 2019, which cumulated in the first-ever HAS signal broadcast in May 2021,” adds Javier de Blas, EUSPA Commercial and HAS manager. “Based on the feedback gained during the joint efforts conducted by EUSPA, the European Commission and ESA, with the key support of European aerospace industry during the testing phase, we are now able to publish the first Galileo High Accuracy Service Signal in Space Interface Control Document.”

Following the publication of this HAS SIS ICD, the Galileo Programme will continue the deployment and service validation of HAS over the next months, in view of an operational declaration of HAS initial service, or HAS Phase 1, by the end of 2022. This will enable the development of products in parallel to the gradual entry into full operational service in the next few years.