Since Friday 12 October, all Galileo satellites 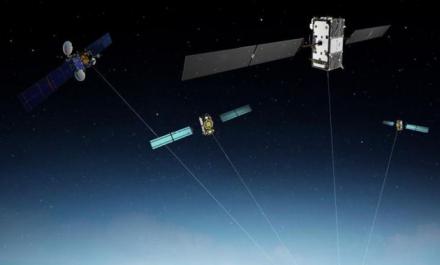 The Arianespace Ariane 5 has placed the four Galileo satellites into MEO (Medium Earth Orbit) circular orbit, at an altitude of 22,922 km above sea level. The launcher carried a total payload of approximately 2,860 kg. Each of the four satellites presents the following features:

Updated information on the status of the Galileo constellation can be found in the Constellation Status section of GSC website. Moreover, to receive NAGUs automatically, register to the GSC web portal.

Since Galileo Initial Services were declared on December, 2016 more than 100 million devices are using Galileo today. To keep track of Galileo-enabled devices serving a variety of needs as they become available, check out: usegalileo.eu.

The Galileo Initial Services allow the use of Galileo Open Service (OS), which enables a free of charge, global ranging, positioning and timing service for the OS users. Galileo is interoperable with the GNSS constellations (GPS, GLONASS, Beidou). By offering dual frequencies as standard, Galileo is set to deliver real-time positioning accuracy down to the meter range. If you have any questions about Galileo, you are invited to contact the GSC Helpdesk.