EUSPA ready for LEOP ahead of Galileo Launch 11

We are less than two weeks away from the latest Galileo launch from the European Spaceport in Kourou, French Guyana. The Galileo Launch 11 is the first of a series of 6 launches (with two satellites per launch), and the EUSPA’s tightly-knit LEOP team is ready for a cooperative EU space mission! 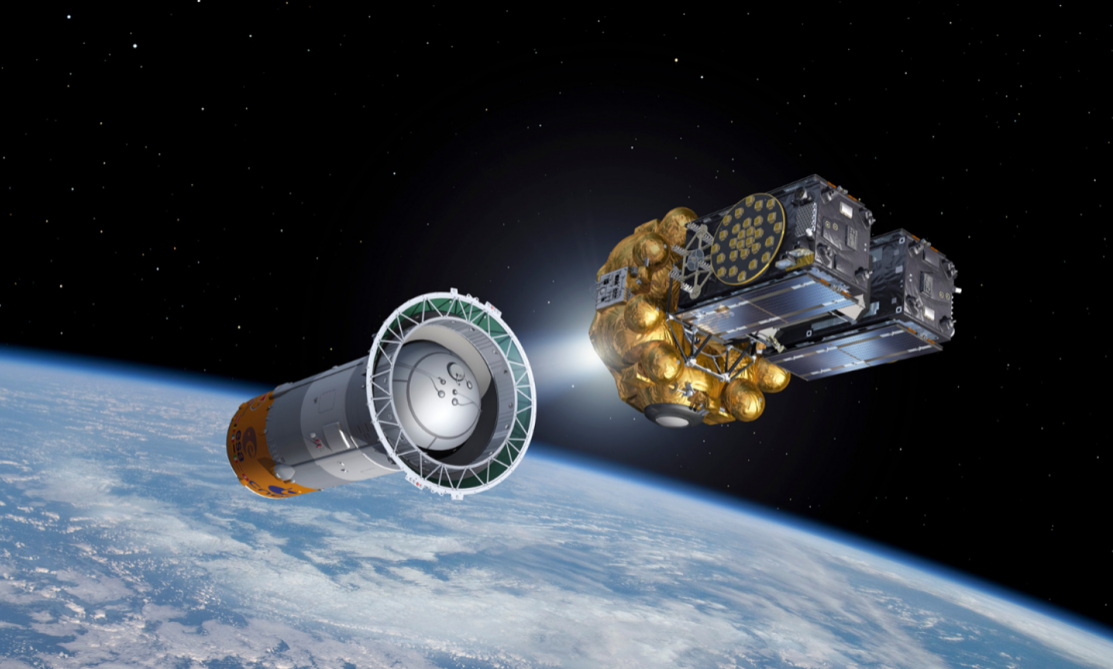 Galileo satellites attached to their dispenser atop their Fregat upper stage separating from the Soyuz upper stage. The Fregat then flies them the rest of the way up to medium-Earth orbit. (Credits: ESA–Pierre Carril, 2014)

Role of EUSPA in the launch 11

The EU Agency for the Space Programme (EUSPA) will be in charge of Launch and Early Orbit Phase (LEOP) operations which will be overseen by a tightly-knit team of specialists, ranging from spacecraft to ground engineers, from operations to design and manufacturing specialists, and from commanding through mission direction and project management.

LEOP is one of the most exciting and important phases of a space mission, as it handles the launch of the spacecraft, its travel into the correct orbit, gradually switching on the spacecraft platform to test the core satellite elements.

Let’s rewind to the beginning…

Soon after the spacecraft separates from the launcher, an initialisation sequence will be automatically triggered by the On-Board Data Handling software to bring the satellites to a ‘breathing point’. This is the point at which the satellite’s attitude is stable and pointing towards the sun, and its solar arrays are deployed to provide full charging power to its batteries. At this stage the satellite is thermally stable, ensuring adequate temperature ranges for all units, and a stable link to the ground.

Later on, the spacecraft internal reaction wheels will be tested to ensure that the spacecraft can hold its momentum, and can execute simple rotation manoeuvres without spending its limited fuel in thrusting activities. The teams will proceed to celebrate once the spacecraft uses these wheels to rotate towards the earth to achieve the most stable attitude for its future operations.  After that, and to finish the activities, the satellite couple will part ways and be put into the direction of their own orbital positions, by means of a set of Drift Start manoeuvres.

Altogether, the LEOP will take about 10 days, beginning with a system countdown a few hours before the launch, all the way up to the execution of the drift start manoeuvres (i.e. sending the spacecraft from the injection to its target position in orbit), later followed by complete commissioning and In Orbit Tests, that will eventually lead the spacecraft to entering into Galileo service provision.

The LEOP operations will be conducted and commanded from the Galileo Control Centre in Oberpfaffenhofen, Germany. Working together with SpaceOpal and its GSOp consortium (DLR-GfR mbH, GSOC and Telespazio), in cooperation with CNES CSG and ESA, EUSPA is responsible for the different stages of the LEOP operations, which will eventually allow the new satellites to be inserted into the Galileo constellation.

Endorsed by the EUSPA Security Accreditation Board, responsible for the security approval of the satellite launches, Galileo LEOP operations will constitute one of the most cooperative activities between numerous European entities in the space sector.