GNSS chip manufacturers gear up for Galileo roll-out in U.S.

Following a waiver by the U.S. Federal Communications Commission (FCC) of its rules in November last year, in which it allowed devices in the United States to access signals transmitted by the Galileo Global Navigation System, leading U.S. manufacturers are preparing to roll-out Galileo on U.S. territory.

At a meeting on November 15 last year, the US FCC 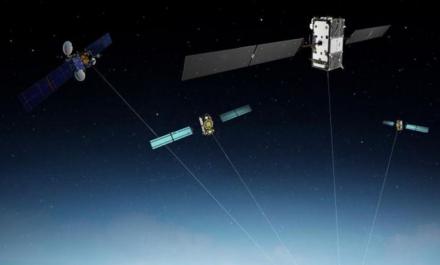 granted in part a request from the European Commission for a waiver of the FCC rules so that devices in the United States may access specific signals transmitted by Galileo.

This decision means that consumers and industry in the U.S. are now able to access certain satellite signals from the Galileo system, which can be used in combination with the U.S. Global Positioning System (GPS). The improved availability, reliability, and resiliency offered by incorporating Galileo capability into devices is something that U.S. chip manufacturers are eager to pass on to their customers.

“This is an important market development opportunity for manufacturers in the U.S. The FCC ruling means that industry can now benefit from the use of Galileo signals. The added accuracy and robustness offered by multi-constellation and multi-frequency capability will be a key differentiator on the market,” said Carlo des Dorides, Executive Director of the European GNSS Agency (GSA).

“We are glad to see FCC supporting Broadcom's dual frequency GNSS vision, for which the GPS and Galileo combination is key,” said Vijay Nagarajan, VP Marketing Wireless Connectivity and Communication Division at Broadcom. “We enabled the world’s first dual frequency GNSS phone in 2018 with the simple goal of providing accurate location to the consumer even amidst the skyscrapers in a busy downtown. We are certain that consumers will benefit from this FCC ruling that will further drive the adoption of dual frequency GNSS.”

“As a leader in developing cellular technology—today, as the world launches 5G and dating back to Qualcomm’s legacy in 4G, 3G, & 2G—including work to incorporate robust navigation solutions for smartphones, Qualcomm Technologies integrated Galileo across its chipset portfolio because we understand the importance and benefits of accurate, reliable, and rapid position location for consumers,” said Dean Brenner, Senior Vice President of Spectrum Strategy and Tech Policy, Qualcomm Incorporated. “We’re excited about the FCC allowing access to Galileo signals in the U.S. for commercial Location Based Services because it is a big step forward in improving the user experience, particularly in dense urban environments.”

Activating Galileo in the U.S.

“Approximately 100 smartphone models are already fitted with chipsets from these two manufacturers. Following the FCC ruling, we are expecting to see a significant increase in Galileo users coming from the U.S.,” said Justyna Redelkiewicz Musial, in charge of LBS and IoT market development at the GSA.

Access to multi-constellation and multi-frequency capability means that users in the U.S. will be able to benefit from a better positioning and navigation experience particularly in urban environments where the unique shape of the E5/L5 signal makes it easier to distinguish real signals from the ones reflected by buildings, reducing the multipath effect. The simultaneous use of E5/L5 frequencies also mitigates other sources of error, such as ionospheric distortions, and makes the signal more robust against interference and jamming.