The Galileo Return Link Service, which allows people in distress to receive automatic acknowledgement that their signal has been received, was declared operational at the 12th European Space Conference, in the Egmont Palace in Brussels on January 21. 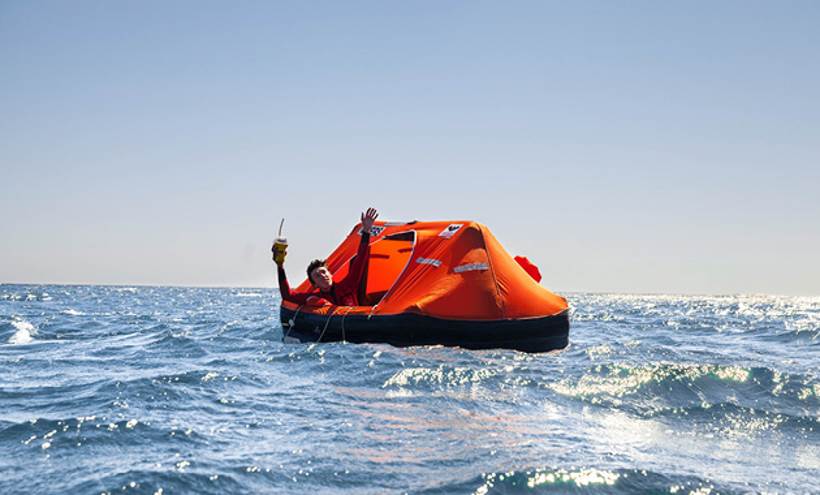 The Galileo Return Link Service will increase survival rates by giving an important psychological boost to people in distress.

The RLS is a joint effort between Cospas-Sarsat and the Galileo programme, supported on one hand by the existing Cospas-Sarsat system and, on the other, by a new Galileo Service Facility called the Return Link Service Provider (RLSP). The RLSP is in charge of securely providing the ground segment interface between the French Mission Control Centre and the Galileo core infrastructure, enabling the transmission of RLM requests to Galileo satellites in view of the beacon.

“The GSA, as the Galileo Search and Rescue Service Authority, has contributed tremendously to the development of the Return Link,” said GSA Executive Director Carlo des Dorides. “The GSA has also supported the development of Galileo Return Link-enabled beacons in recent years. Today, there are several beacon manufacturers worldwide ready to sell Galileo SAR Return Link-compatible beacons, including 5 in Europe,” he said.

By sending a confirmation to the user that the distress signal from the beacon has been localised by the Cospas-Sarsat system and the information relayed to the relevant Search and Rescue governmental authorities, the Return Link Service (RLS) will help save more lives. Receiving reassurance that their distress alert has been well received will deliver a valuable psychological lift to victims and further boost survival rates by reducing panic.

“The contributions to Cospas-Sarsat from France and the CNES, as the Galileo SAR Operator, have been of paramount importance in transforming the Galileo SAR Return Link Service into a success,” said French Space Agency (CNES) President and GSA Administrative Board Chair Jean-Yves Le Gall.

The end-to-end RLM delivery time is expected to be about 10 minutes, but in some cases it may take longer, possibly up to 30 minutes from the moment the beacon is activated until the notification is sent via the Galileo Signal in Space. A total of 15 minutes are allocated to the Cospas-Sarsat system for the localisation and routing of the alert and 15 minutes to the Galileo System for the Return Link message broadcast. However, measured results generally achieve a much faster message delivery time.

And this: Operation Shark Bait: Galileo SAR will save lives!

“Today with its unique differentiator, Galileo SAR is demonstrating how Europe is at the forefront of high technology for the good of European citizens. This wouldn’t have been possible without the strong support of the international community - Cospas-Sarsat, CNES, the International Maritime Organization  and the International Civil Aviation Organization - and the main beacon manufacturers, all of which have contributed to the provision of an end-to-end solution for people in distress,” said Thierry Breton, European Commissioner for the Internal Market.

A Return Link capability was first introduced by the Galileo Programme back in 2005. The SAR community soon expressed interest and, in 2008, the Return Link Service was adopted in the Cospas-Sarsat Strategic Plan. Following a great deal of effort by the Galileo Programme, Cospas-Sarsat and beacon manufacturers, a dedicated transmission protocol for Return Link-enabled beacons was established in 2010 and successfully verified during the Galileo In-Orbit Validation Phase in 2013. In 2019, deployment of the required infrastructure was completed and the Return Link Service underwent a thorough System and Service validation that concluded in November 2019.

Galileo SAR RLS users that would like to receive more information can send their inquiries to the European GNSS Service Centre Help Desk at: www.gsc-europa.eu/helpdesk.