Following the April 1 entry into force of the European eCall regulation, requiring all new car and light van types sold in the EU to be fitted with the emergency systems, Swedish automobile manufacturer Volvo Cars has taken the lead as the first car-maker to equip its vehicles with eCall. 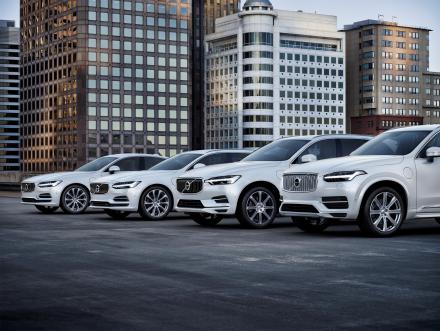 The eCall device in the Volvo vehicles is manufactured by ACTIA Nordic in Sweden and has been successfully tested by NavCert´s eCall Laboratory in Germany. The readiness of automotive suppliers and technical services to equip the vehicles was partially due to actions taken by the European GNSS Agency (GSA) and the European Commission’s Joint Research Centre, who launched a testing campaign and produced a joint report containing a set of guidelines to facilitate the implementation of eCall testing in compliance with the EU Regulation.

Cars equipped with eCall, which takes advantage of the precise positioning offered by European GNSS (EGNOS and Galileo) to quickly alert emergency services in the event of a road accident, use the same location source as for their in-vehicle navigation systems. In Europe alone, around 50 000 cars on the road are already enabled with Galileo satellite navigation capability and this is expected to rise to over 150 000 by the end of this year.

“Bringing the benefits of space technology to end users has always been a core aim of the GSA’s market development efforts. We are very happy to see Volvo leading the way in leveraging the precision offered by the European space programs EGNOS and Galileo to make Europe’s roads safer for drivers,” GSA Executive Director Carlo des Dorides said.