The construction of a new Galileo Sensor Station in the Kerguelen Islands, in the French Southern and Antarctic Lands (TAAF), was recently completed. The installation of the infrastructure has now begun and will be followed by integration and testing of the GSS apparatuses, which will continue until May 2022 to ensure its robust functioning in view of the forthcoming Galileo satellites launches. 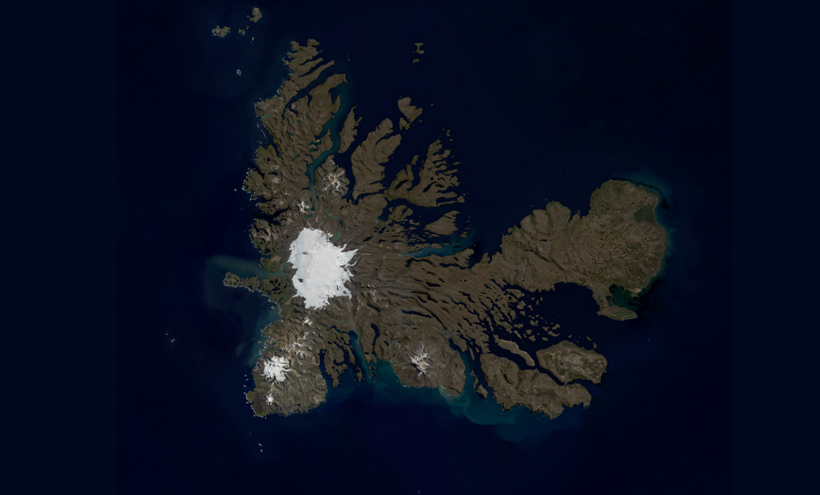 Considered one of the Earth’s most isolated islands, Kerguelen Islands are still part of Europe. Photo taken by Copernicus Sentinel-2

To make the best use of the Galileo services, users rely on much more than the satellites orbiting the Earth at an altitude of 23.000km. Dedicated facilities such as the Galileo Control Centers (GCCs), the sensor and uplink stations are some of the most important components that make up the so-called ‘’Galileo Ground Segment’’ the role of which is to support the service provision of Europe’s own Global Navigation Satellite System.

The Galileo Sensor Stations (GSS) are a network of antennas deployed at remote sites located around the world for real-time monitoring of the signal precision and quality, as well as establishing the satellite orbits with precision.

A new infrastructure was recently built in the Kerguelen Islands to host the newest, state-of-the art GSS. The new station will replace the previous one, built in the earliest stages of the programme, as part of an update of the world-wide network of the Galileo Ground Segment. These upgrades will further increase the performance of the European navigation and positioning system and guarantee an accurate, precise signal at all times across the globe.

Situated in the sub-Antarctic region of the Indian Ocean, with a population of about 150 scientists, researchers and soldiers, the Kerguelen Islands are among the world’s most isolated places, 3500 km away from the Reunion Island. Under French jurisdiction, these volcanic islands are part of Europe.

"Placing the GSS in the Kerguelen islands is of major importance. Galileo is the EU’s largest and most ambitious industrial project - maintaining its integrity and performance is of utmost importance for Europe and its citizens. This is a perfect location for both operational and security reasons" says Executive Director, Rodrigo da Costa.

Putting together the infrastructure was not easy due to the weather conditions and the island’s remote location. It is reached only four times a year by “Marion Dufresne”, a vessel departing from La Réunion, and anchoring off the Kerguelen Islands only after 15 days of sailing. The new GSS worth 2 million euros is fully funded by the European Union and is set to undergo tests until May 2022 to ensure its robust functioning in view of the forthcoming Galileo satellites launches.