Carlo des Dorides took up his position as executive director of the European GNSS Agency (GSA) on February 1, 2011. In the nine years since then, the Galileo programme has progressed from a project on paper to an operational programme with over a billion users around the globe. As his term at the helm of the Agency draws to an end, the GSA executive director looks back at the successes and challenges of the past nine years and speaks about his hopes for the future. 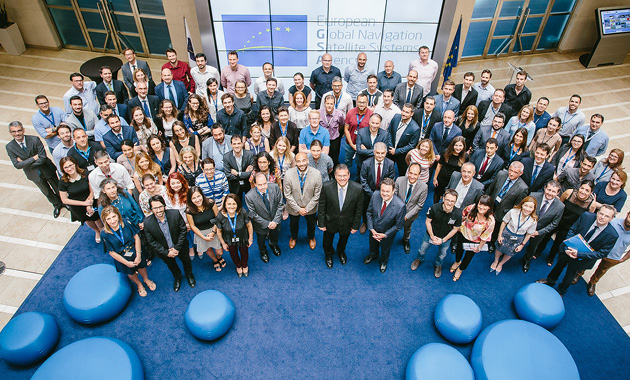 Carlo des Dorides and his team at GSA headquarters in Prague

During your nine years at the head of the GSA there have been significant advances in the European GNSS programme. What do you see as the greatest achievement during your term?

When I first took up my position as executive director of the GSA, the Galileo programme only existed on paper and EGNOS had yet to be certified for use in civil aviation. Since then, we have achieved the remarkable figures of over 1 billion Galileo-enabled smartphones on the market and EGNOS present at more than 350 airports in Europe. These figures represent the culmination of the two programmes, but they also represent a remarkable path. On one hand, we built a performing system for both Galileo and EGNOS. But having a performing system is not enough - you also need to have the confidence of users. The GSA played a crucial role in building this confidence.

EGNOS is the first pan-European infrastructure for civil aviation, and in offering it to the market we were faced with many questions. There were questions about certification, about the liability chain, about the updating of avionics. The GSA worked consistently with all stakeholders and brought all of these elements together, and the result is that we now have EGNOS present at so many airports. After nine years of hard work, the figures bear testament to the fact that we have truly created a success story.

As with any venture on this scale, there have been ups and downs in building the European GNSS over the years. What have been the greatest challenges, and how were they overcome?

One difficult decision that we had to face was the decision to take over operational management of the Galileo programme in January 2017. Why was this difficult? Well, there were diverging views about operational readiness, and different assessments of the risks involved. Even though we had declared Initial Services in December 2016, the system was not complete at the time. In a sense, we were taking the wheel of a car that had not yet been fully built, which was not an easy thing to do. At the same time, the GSA itself was not fully formed – it was still a house under construction. To continue with the car analogy, we were a skilled driver, but still a young and untested driver. It was a challenge to manage this uncertainty while still building the system.

Another difficult choice was the decision to declare Initial Services, as this meant that there was now greater public scrutiny of the programme in what was essentially a period of testing and fine-tuning in preparation for the launch of Full Operating Capability. This was a blessing and a curse – while the programme’s successes were celebrated, all technical glitches were very much in the public eye. This was the case with the technical incident last year that resulted in a temporary interruption of the Galileo signal. While this incident was a setback, we learned valuable lessons and are stronger as a result.

Another challenge was when the GSA moved to Prague. At the beginning it was difficult to build the team and to attract the right profiles, as there was uncertainty about the future of the GSA and people didn’t know what to expect in Prague. A mere nine years later the Agency has grown tremendously, both in terms of staff numbers and in prestige, and Prague is one of the top-rated European capitals for quality of life. Now that GSA is expanding into the European Union Agency for the Space Programme, I don’t anticipate any problems with our capacity to attract talented professionals. 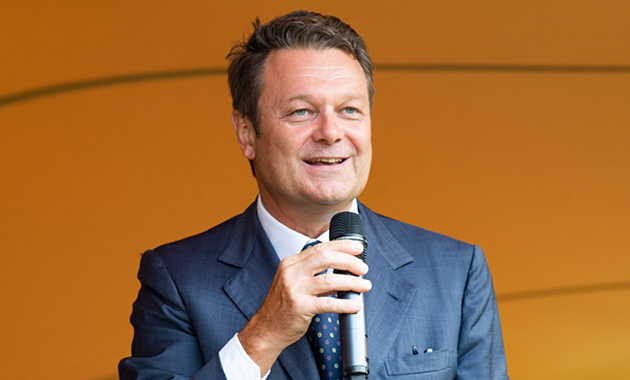 During your term, the GSA managed to bring Galileo to over 1 bln smartphones, moving the programme from paper to space and back to Earth to devices and users, what triggered this progress?

In achieving this milestone, the work of the Agency in liaising with user communities has been of fundamental importance. Our constant interaction with users through our User Consultation Platforms has given us a unique understanding of the dynamics of the GNSS market and of the needs of the various user segments. We have also compiled, in alternate years, GNSS Market Reports and GNSS User Technology Reports, which has deepened our understanding of market needs. This understanding has allowed us to effectively meet these needs – and the market has been quick to respond. The work of our Market Development Department has been important in this regard, thanks to their ongoing interaction with all the market segments.

We have also been active in communicating, both to industry and to the general public, about the benefits that Galileo offers in terms of increased accuracy, availability and robustness of the positioning, navigation and timing signal. Manufacturers have been quick to understand these benefits and have been eager to pass them on to their customers. These customers, in turn, are becoming increasingly aware of the accuracy and availability gains that Galileo offers, and this is reflected in the 1 billion smartphone milestone. This was a remarkable achievement for the Galileo programme, and the fact that it occurred in the same week that we celebrated the 15th anniversary of the Agency made it especially gratifying.

You have been leading one of the fastest growing European agencies, linking space to user needs, with assets and teams spread across Europe. What are the key elements of your leadership?

Building the right team for the job was key to my success at the head of the GSA and key to the success of the Agency in building Galileo and EGNOS. In my position as GSA executive director I had to wear many hats to understand and respond to the needs of the Agency and its growing team, along with our stakeholders and user communities. As a leader, you are responsible for guiding the team and creating the right mind-set among the team members. You need to lead by example, but you also need to play as a team member, know when to take the stage and when let others shine, and be ready to serve and do what is required of you. I am proud of the team that we have built at the GSA. I believe that GSA has a key role to play in making the EU Space programme grow and thrive both at the European and Global level.

On a more personal level, when you look back at your term as the executive director of the GSA, what gives you the most pride or satisfaction?

There are a number of things that come to mind when I look back at my term at the GSA. First of all, by helping to establish the Galileo programme, I feel that I have made a contribution to building Europe. I am a true believer in the European project. My position at the GSA gave me a wonderful opportunity to work on a concrete project that shows what the EU can achieve by working together. The European space programmes would not have been possible for any individual Member State to accomplish alone – it was only by coming together as Europeans that this became possible.

Secondly, I am proud to have helped create a future for all the staff that believed in our project and put their trust in me and in the Agency. Thanks to their dedication, the future of the Agency looks bright. I was approached by an Agency employee recently who told me that they had really enjoyed working at the GSA because of the positive working atmosphere that exists here, based on a common motivation and shared values. It takes time to build this, but it is fundamentally important. Building the GSA team was difficult in the beginning but it was an important achievement and it is one of which I am particularly proud.

What does the future look like for the European space programme and for the GSA, and do you have any ‘words of wisdom’ for your successor?

The future looks promising, both for the EU Space Programme and for the GSA. The recently approved Regulation on the EU Space Programme and on setting up the European Union Agency for the Space Programme (EUSPA) paves the way for the expansion of the programme, with an increased budget and expanded responsibilities. The approval of the Regulation shows that we have earned the confidence of the Member States. They can see that the space programme is creating economic opportunities and jobs, and understand the benefits that it offers for their citizens and for European growth.

In terms of ‘words of wisdom’ for my successor – I would just say that it is important to embrace change. We live in a dynamic world and change is an important part of our daily work. That said; change should be approached with caution. What we have built here at the GSA is the result of maturity gained over the years. I would advise that change should be preceded by careful listening to all stakeholders and careful consideration of all possible outcomes. Otherwise we could stand to lose what we have built.